Frankie met with Senators Neil Bresmin and Terry Gispon to hold a press conference at the State Capitol, Albany. During the conference Sen. Gipson outlined the purpose of the bill:

“What we are proposing is Frankie Flora’s law, which would hold dogs owners liable for the first time, and every time, that a dog bites someone,” Gipson said. He continued with “Someone like Frankie would have access to medical treatment that they need to help cure those injuries.”

You view a recording of the press conference, here. 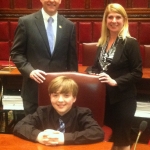 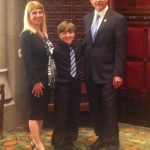 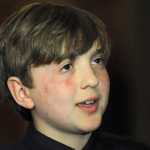 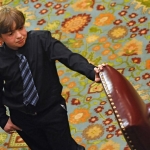 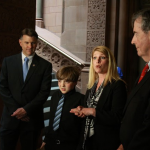