You are here: Home / About Frankie Flora / Day of the Tragedy

Here are the cards Frankie was dealt:

Frankie’s injuries were extremely severe. He had 4 sections of his head removed down to the scull. They had to put donated skin on his head to put him back together again until his own flesh and tissue repaired itself. His Right check was removed leaving him with missing nerves tissue, and glands. His left check was ripped open. They had to take skin from Frankie’s Leg and put it on the side of his forehead/head. They have Tried lifting his eye a few times. They had to sew his hand together leaving him with no feeling in his pointer finger. They removed one of his bald spots but now has to have balloons put in his head to stretch the scalp for the others to be removed. Frankie was left with some hearing loss. They have revised some of the scarring. Frankie faces many more surgeries to repair the damage that the dog has given him. We are not sure when the next procedure is. Until then we apply a lot of scar medicine to Frankie’s face and put gel sheeting on his leg to help the wound.

Since April 16, 2009 Frankie Flora, then 5, has endured more pain, suffering, and heartache then most adults have gone through in a lifetime. He is kind, lovable, strong, compassionate, and a bright little boy that is an inspiration to everyone he meets. Frankie was tragically mauled by a pit bull dog for more than 20 minutes causing 100 lacerations over 1000 stitches to his head and face. He has wounds to his hand and leg. He was treated at the Maria Fareri Children’s Hospital at Westchester Medical Center. They have done and continue to do an amazing job on Frankie. Even though Frankie has experienced so much pain and anguish Frankie continues to be an inspiration! He has not let anything or anyone break his charismatic spirit! 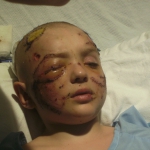 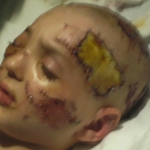 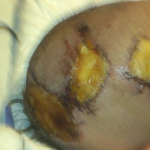 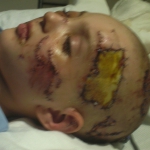 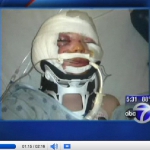 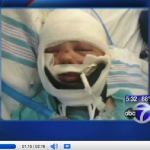 Frankie is dreadfully maimed which left him with life altering consequences. With Your Help, we can provide every opportunity available for Frankie to heal suitably. His life went from innocence to a terrifying reality of missing flesh, nerve damage, and a decade of reconstructive surgeries.

Our Hope is to provide a Helping Hand to Restore his promising future. Please give if you can. Frankie will receive 100% of your Donation. Angelina Patierno (Frankie’s Grandma) is the account custodian/trustee as well as Steven Howell “CPA.”

Donations will be used for, but not limited to the following Treatments: