In the first part of 2016, Frankie underwent multiple surgical procedures; there have been 36 since the was attacked by a rescued pit bull in 2009. One of the surgeries included tissue expansion on his scalp to remove an additional bald spot. Another procedure was to wire his right eye, to lift it up. This procedure has been done before; doctors are hoping that this time it is successful (the muscles are gone, this is why it must be wired). The other procedure was laser surgery. Each procedure meant that Fankie lost a month of school. So he lost three months during this time. 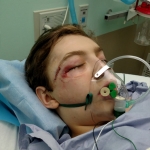 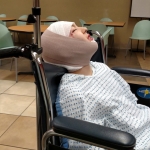 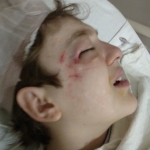 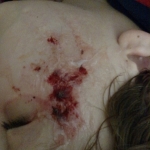